An excursion to ancient Chernihiv 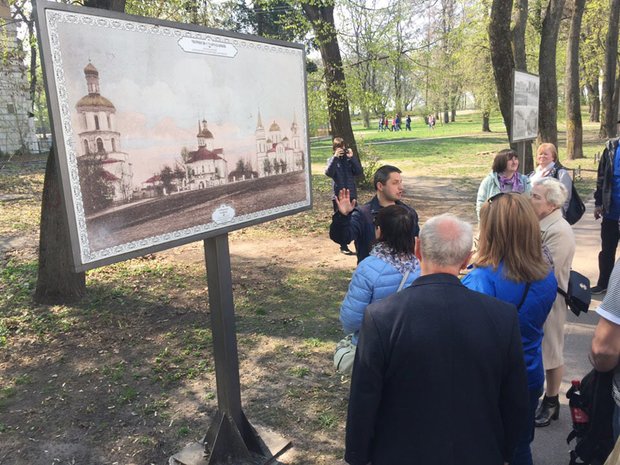 On April 24, students and staff of the Presidential University became participants of the tour with the National Architectural and Historical Reserve "Chernigov Ancient". Spaso-Preobrazhensky and Borisoglebsky Cathedrals, Svyato-Uspensky Eletsky and Trinity Monasteries, Antoniy Caves, Boldina Mountain, Chernaya Grave burial mound - this is an incomplete list of preserved objects of the ancient city visited by tourists. And there are exhibitions and expositions: professional Ukrainian, folk and Old Believers iconography, class of Collegium, "Architecture and Craft of Ancient Chernigov", "The Crown of the World"... The excursion was accompanied by extremely informative, rich historical facts and myths, as well as legends of the city of Chernigov Junior Researcher of the Reserve Alexander Litovchenko.