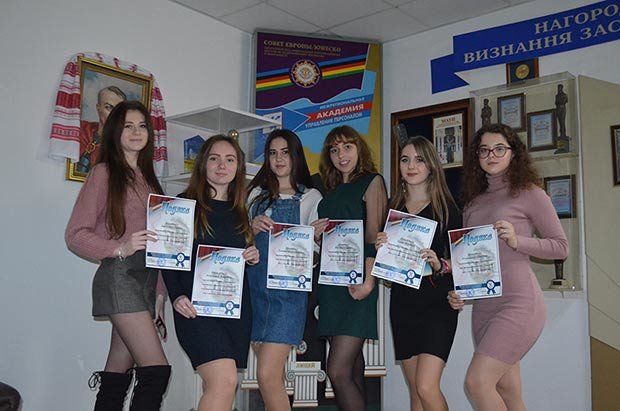 International Student Day is a holiday with a tragic history. It all began with the crackdown on the peaceful demonstration by police and SS units on the occasion of the creation of the Czechoslovak Republic, during which the medical student Jan Oppletal was seriously injured. November 11, he died. His funeral, which took place on November 15, turned into a protest against the occupation, which was attended by thousands of people. November 17, mass arrests of Czech students took place in Prague and other university cities.

Nowadays, Student Day is positioned not as a mourning day of remembrance, but as a celebration of youth, the thirst for life and great achievements. After all, the student body at all times and in all countries was an active driving force that could change the state system and revolutionize.

This was mentioned by the students of the Presidential University, the Institute of Design, Architecture and Journalism, the Economic and Law College, who gathered in the cinema hall "Ukraine".

IAPM rector Mykola Kurko congratulated the participants of the event on the upcoming holiday. He reminded the audience in the hall about the sad event that formed the basis of the holiday, which is of great importance for a successful career in higher education, how the student years can be used to develop their talents and abilities.

The head of the student's self-government of the Academy Olexiy Oliynyk, joining the congratulations, said that his peers have to fulfill two of the closest and most important tasks: to celebrate the fun on November 17 and successfully pass the winter session.

After the greetings came the most anticipated moment of celebrations: the best students for excellent education, active participation in the public and cultural life of the Academy, the Rector thanked the team and medalists and cups for the Spartakiad prize-winners.

Happy International Student Day, students of all ages and generations!