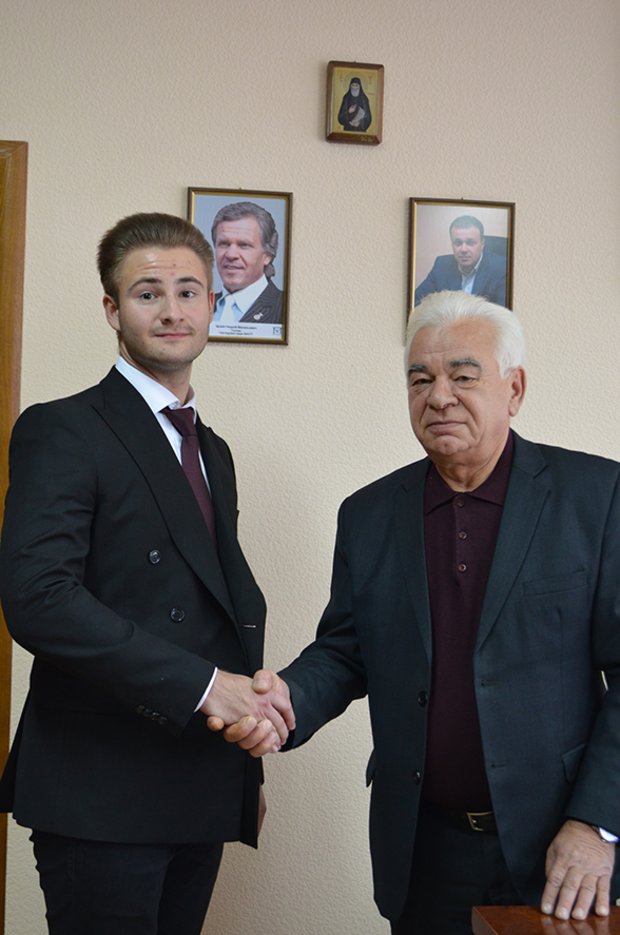 The event began with a report by Taras Bessarab, MAUP head. Speaking to delegates from the teaching units, Taras, in particular, informed the students about the work of the student government in the 2018-2019 academic year, focusing on the problems.

Candidates for the Head of the Academic Student Council continued their conference. To compete for the right to head the highest executive body of student self-government of MAUP this year expressed the wish:

In his speech, Oleksiy Oliynyk stated: "... the main goal I set for myself as head of the MAUP student body is to form an effective team of like-minded people, who, in the short term, hope to improve the level and quality of work of the student self-government of the Academy."

Encouraging the audience to vote for him, Danilo Talmach interested the delegates with the prospects of opening sports sections.

The delegates of the meeting, after listening carefully to the speeches of the candidates, preferred the candidature of Alexey Oliynyk.

We congratulate Alexey Oliynyk on the victory and we wish you success in carrying out "... activities for the benefit of the entire MAUP student body"!